Your current location is Japan

We will send you an email with a link for changing your password.

Do you want to change
the store location?

Dear customer, we noticed that you are connecting to our Japan site. We recommend shop from the site for the best experience

The revolutionary full foiling monohull AC75 Luna Rossa, who will represent Italy and the Circolo della Vela Sicilia in the America's Cup, the oldest and most prestigious trophy in sailing, was launched on October 2, 2019 in Cagliari.

The AC75 Luna Rossa, built by the Persico Marine boatyard, involved over 90 people in her construction, including 37 team designers, and took almost two years to build, for a total of 78,000 work hours.

7,000 sq.m. of carbon fibre and 400 sq.m. of aluminium honeycomb were used to create the hull. The two innovative carbon-fibre ‘foil arms’, weighing 500 kg each, have been designed to support a maximum load of 27 tonnes. 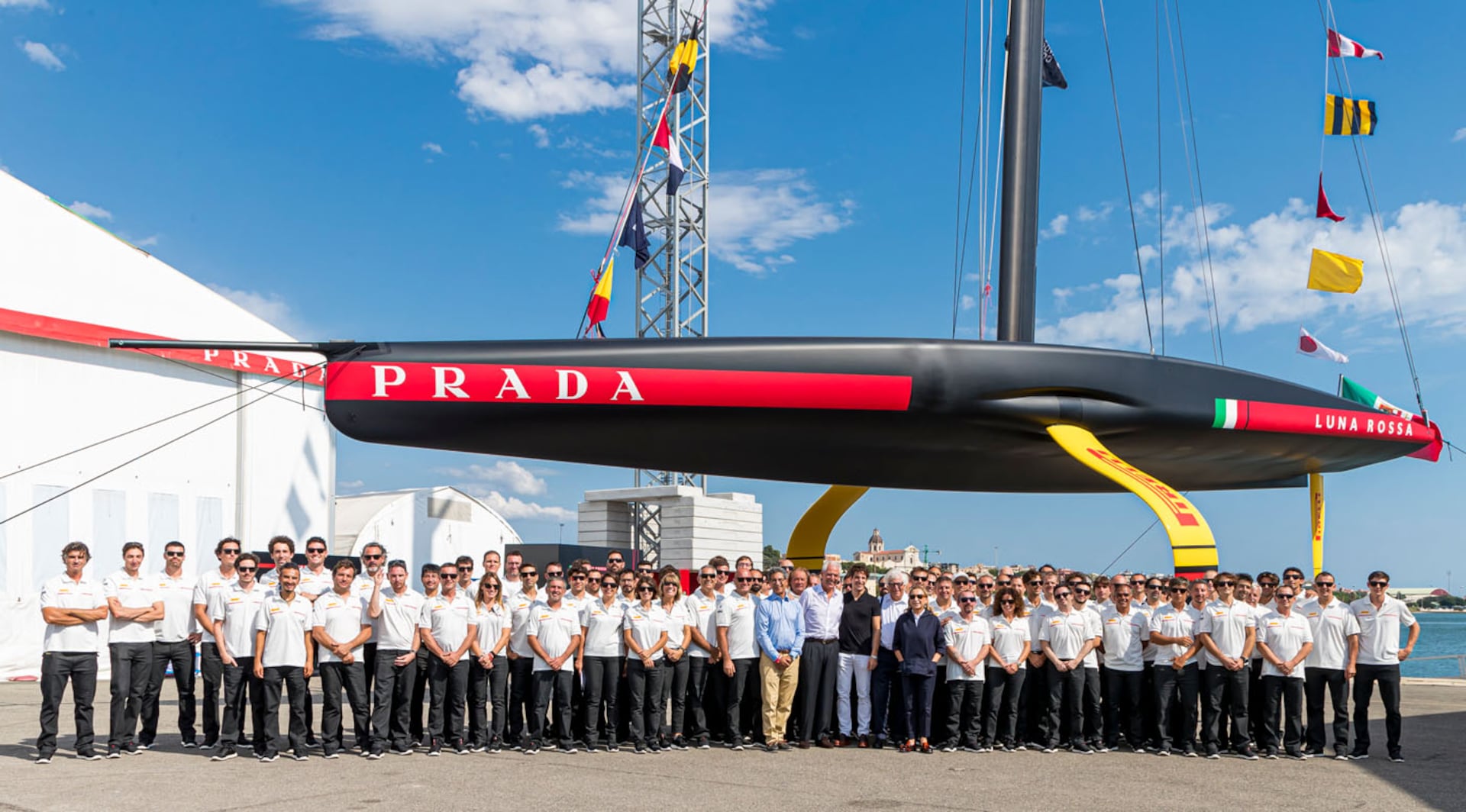 Another innovative feature of the AC75 is the ‘soft wing’ rig, with two sails hoisted in parallel and inbuilt systems to control the sail shape. This provides the efficiency of a hard wing combined with ease of use and handling akin to a traditional sail. 20,000 km of carbon fibre thread was used to create the mainsail, in addition to 5,000 km for each jib and 12,000 km for each ‘code zero’, used to sail downwind in light breeze.

This innovative flying monohull will be sailed by the Luna Rossa Prada Pirelli Team in the Prada Cup, the America’s Cup Challengers’ Selection Series, followed by the final match of the 36th America’s Cup presented by Prada, scheduled to take place in Auckland (New Zealand) from January to March 2021.

Subscribe to our newsletter and receive news from Prada

You are now subscribed to receive our Newsletter