A new digital dimension to 365, “In the Cities” takes inspiration from the multiple characters and stories that inhabit the metropolis of Los Angeles. Drawing influence from the fearless individuality and dynamic lives of youth culture in the city, this fresh face of 365 showcases both the sitters, and the distinctive characters and stories of accessories drawn from the Spring/Summer 2018 Prada Women's and Men's collections. 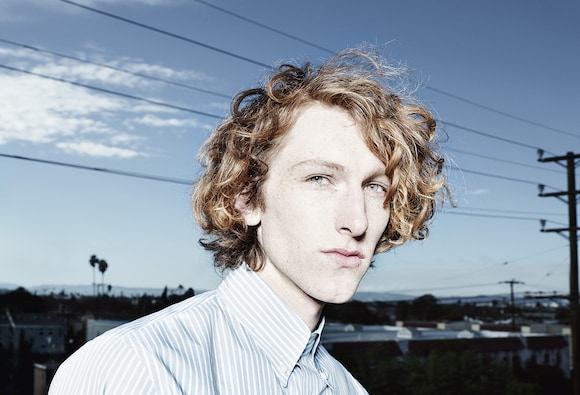 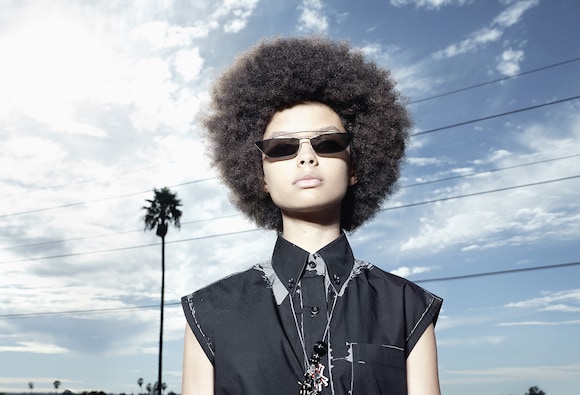 Like the characters who hold them, every piece is an absolute individual, with its own precise point of view. Inspired by the multiple narratives of comic book strips, and featuring unique works by graphic novel artists, each accessory tells its own story, evokes its own emotion. Fragments of those narratives are captured in moving image and stills by Willy Vanderperre, emblematic of a multiplicity of outlook that reflects society today.

'In the Cities' rolls out across social media, a twenty-first century tool of communication whose strictly defined format of consecutive graphic frames versus endless innovation mimics the invented universe of comic books. Only today, this universe is real.

Photography and film by Willy Vanderperre

Women, by women. The new chapter of 365 to unveil the Prada Womenswear Spring/Summer 2018 collection presents a new vision of femininity, and feminism, framed by the work of female graphic artists. The work of Brigid Elva, Joëlle Jones, Stellar Leuna, Giuliana Maldini, Natsume Ono, Emma Ríos, Trina Robbins, Fiona Staples and archive of Tarpé Mills, creator of the first female action hero, appear on clothing designs and as striking backdrops. In turn, they are framed again - by the eye and hand of another woman, Miuccia Prada.

Set in the surreal comic world of Prada SS18, the journeys of three daring women are revealed in a story promoting female strength and unity. The presence of a mystical panther, embodying their fearlessness and will, helps the women to realise their inner powers.

Their function is dual: underscoring the designs of the clothes, and the seasonal identity and attitude of the Prada Womenswear Spring/Summer 2018 collection, these graphic devices also lend each image an allegorical bent. Like the women they depict, these images are not passive but forceful, powerful; their impact is felt and their voices heard. Interrupting the models passage in the foreground, these two-dimensional graphics - faces, places, action frozen in time - become part of a three-dimensional reality, emblemizing the conversation between real and make-believe at the heart of modern times.

Photographed by Willy Vanderperre in Los Angeles, whose landscape appears again and again as backdrop to comic book narratives - like a graphic novel come to life - these images present their own self-contained storylines, of interactions, intersections, interrelations. Each one is a horizon to be explored. Inside, Prada’s diverse cast of models are transformed into avatars of dynamism, authors of their own destiny, heroines of their own stories, for us to discover.

Melding reality with the virtual world, the next chapter of Prada 365, re-envisaging the spring/summer 2018 Prada menswear collection, recreates images from life as those from graphic novels. Drawing on the narrative imagery, specially created by artists Ollie Schrauwen and James Jean, that decorated both the Prada showspace and collection, the campaign is composed of fragments of stories, combined to create a new contemporary narrative.

Drawing inspiration not only from the aesthetics of comic books but their ideology, the overriding sense is of youth, energy, heroism - a fresh perspective on both the artwork, and the Prada spring/summer 2018 collection.

Captured by Willy Vanderperre, the sharply contrasting images - colour against black and white, portrait against detail shot - express an unfolding storyline, a burst of action, like the juxtaposed panes of a comic book. The artwork backdrops, drawn from the Prada showspace on Via Fogazzaro, accentuate the blurred line between actuality and fantasy - real-life models seem to become comic-book characters; perspectives are challenged, and ultimately exploded. The isolated landscape of each image evokes an individual scenario, a specific storyline; combined, the different images add up to a reflection on the multi-faceted world of today. The world of Prada.

The foundation of Prada - its emblematic heritage, its soul. Black nylon (or tessuto vela), an industrial material elevated to luxury, inspires both the spring/summer 2018 collection and its reflection in the next step of the Prada 365 campaign.

Timeless, practical yet precious, an avant-garde expression of elegance for today, nylon is a founding principle of Prada. Drawn from the universe of workwear, the military and industry, the fabric transgresses traditional signifiers of opulence, expressing a fresh breed of transgressive and subversive sophistication. In the context of luxury, nylon is provocative, modern, open to endless reinterpretation. A new classic, and fundamentally Prada.

A dichotomy, an inherent paradox, Prada’s use of nylon influences the aesthetic of imagery by Willy Vanderperre to explore the physicality and philosophy of this noble fabric through both accessories and clothes. The strength of the fabric is here mirrored by the strength of the women - a fearless and unexpected casting of new and familiar faces. Photographed in Los Angeles, our environments oscillate between idyllic sunsets and concrete modernism. The shifting scenery reflects the different lives assumed by this enduring and eternal Prada hallmark.

Inspired by graphic novels, the backdrop to and influence behind the latest Prada menswear show, the first Spring/Summer 2018 chapter of 365 depicts the actor Joe Alwyn as a postmodern Prada hero. Against the imposing backdrop of the domed glass cupola and ironwork struts of the Galleria Vittorio Emanuele II in Milan, Alwyn is captured by photographer Willy Vanderperre outside Osservatorio, on the roof of the 19th century structure itself. Establishing Alwyn as a new Prada protagonist, these images elevate Alwyn both physically, and metaphorically. He is a conqueror, an adventurer, an idol. A new, definitely heroic embodiment of the Prada masculine ideal. 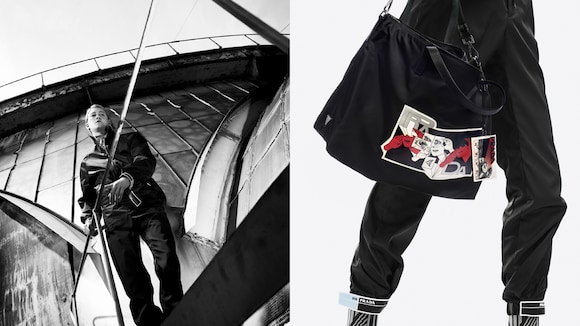