The multitude characterizes Prada, an ever-shifting landscape of meaning, endlessly reinterpreted - not one woman, but many, changing ceaselessly, a reflection of fashion itself. Like the identity of women today, the identity of Prada too is fluid, fluctuating, open to interpretation - confounding explanation, eschewing rhetoric, refuting definition. The paradox and contradiction inherent to Prada make easy categorization or summarization impossible: Prada is simultaneously complex and simple, singular yet multi-faceted.

The Prada Spring/Summer 2020 womenswear campaign offers a multitudes of views and perspectives that reflect that dichotomy - of the ever-shifting landscape of women that constantly inspire, and of the plurality of definitions of Prada.

There is a power to the word as a tool to define, and in Prada's case, to challenge definitions, to re-define, de-contextualize and recalibrate, to evoke an imaginary narrative and hence change our eye as we examine the picture plane. An attempt at an impossible definition becomes a manifesto for the impossibility of definition itself.

The Prada campaign evolves around a series of written acronyms, spelling out the word PRADA. Like the images they are placed alongside, each of these acronyms offers a possible interpretation of the idea of Prada, but only one of many. Ironic, surreal, ambivalent, dichotomic, these many attempts at definition ultimately only prove the indefinability of Prada as a single concept or idea. 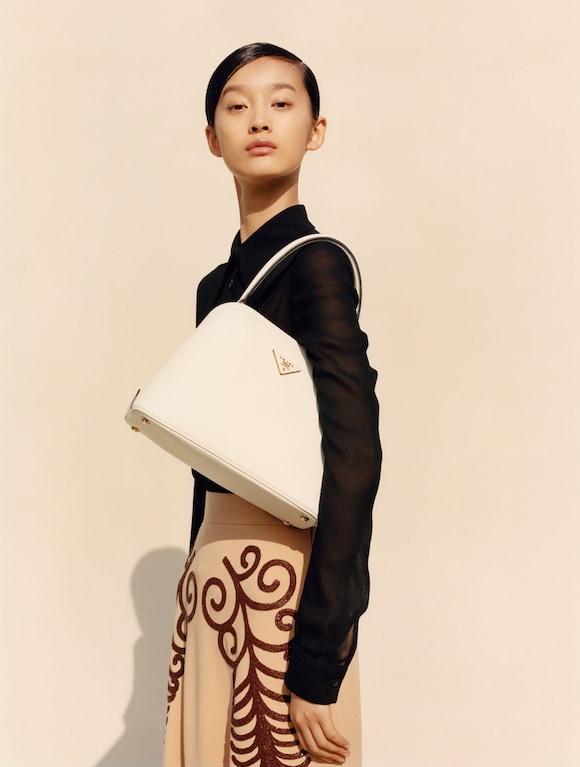 Like the acronyms, each image of the campaign offers a different perspective - through these differing views on the world, they in fact propose entirely different worlds, personal to each, shifting our perceptions on their axes. Another paradox: although comprising a collective campaign, these images are entirely individual. And rather than fragments of identities, these are each realized selves - if they offer contradictory angles of the same whole, it is the whole of Prada.

Photographed by Jamie Hawkesworth, the images bring to life a sense of perpetual renewal and reworking of photographic language, once more defying description and shifting between black and white and colour, between portraiture and full-length, rural and urban, spontaneous reportage and careful, classic composure. Between different lives.

The casting of the campaign is also dichotomous, expressing through a spectrum of models - both well-known and new faces - a world of women. These images encapsulate their characters and personalities, celebrate their distinction. These women include Freja Beha, Sara Blomqvist, Anna Ewers, Berit Heitman, Ruiqi Jiang, Ashley Radjarame, Kyla Ramsey, Charlotte Rose, Miriam Sanchez and Zso Varju.

The notion is underscored with the accompanying campaign films, where the actual storylines unfold to words that spell out, again and again, PRADA, keyed into the plots themselves. 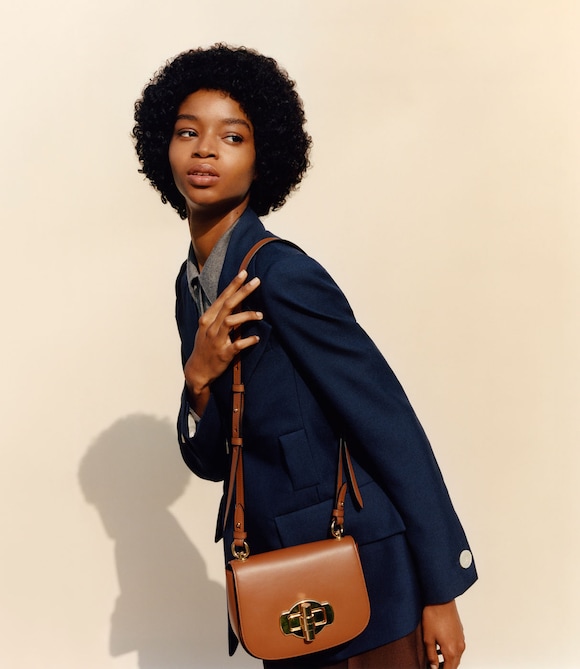 Through these elements, constantly juxtaposed new ways, the campaign continually renews itself, each time offering a different meaning, a new attitude, a different intention, a fresh definition.

These words, these images, interpret - literally - the multiple identities within Prada, and within the Prada woman. Yet, like the world itself, they never settle, never pause. They are always and never the same. In that, they explore the ultimate paradox of Prada: immediately recognizable yet impossible to define.