In a time during which offering a simplified definition of oneself seems a universal ambition, Prada enjoys demonstrating the opposite. That is, indeed, more Prada. Acronyms become a playful metaphor for a confident embracing of the indefinability of the idea of Prada itself. They are juxtaposed with images, which amplify the defiance of a notion of consistent or conventional identity.

An intentional display of duality, multiplicity, constant reinvention and renewal is a vital element of performance. Through music, in movies, on stage, creatives re-address and realign perceptions, reframing the self and their own invention.

To bring this to life, the Prada Spring/Summer 2020 menswear campaign features a trinity of contemporary creatives, pivotal cultural personalities of now and archetypes of the hyper fragmented mindset of tomorrow. Each embodies a single identity of the Prada man, one aspect, one outlook, multiplied by each image, each definition. They are representations of the legion individuals that comprise the collective. 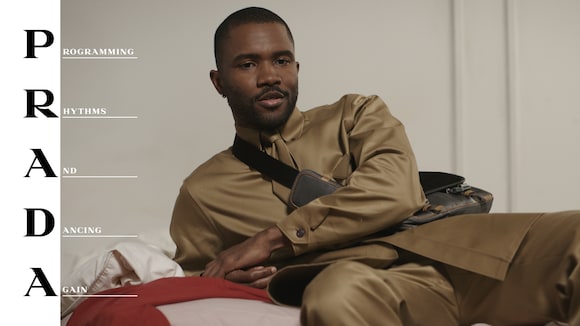 Each of these men uses words to define themselves: the lyrics of a song, the words of a script. They are a blueprint, a template, for life, for living, for feeling. Here, words are used as a means to redefine the image, to attempt to define the indefinable - PRADA. The acronyms are influenced by abstract ideas, thoughts, notions: they provoke, sometimes adding context, sometimes positing a contradiction, always sparking thought.

Here, today, confidence, positivity and possibility are embodied. Like the words they appear alongside, these images, these men, provide a definition of Prada. Yet each leave the field open, to interpretation, and reinterpretation.